Background. The potential for asymptomatic transmission of the Ebola virus has long been questioned. Knowing the proportion of asymptomatic infections substantially changes the predictions made by mathematical models and alter the corresponding decisions based upon these models.

Objective. To assess the degree of asymptomatic infection occurring during an Ebola virus disease outbreak.

Methods. We carried out a serological survey in the Djera district of the Equateur province of the Democratic Republic of Congo affected by an Ebola outbreak in 2014. We sampled all asymptomatic residents (n=182) of 48 households where at least one case of Ebola virus disease was detected. To control for potential background seroprevalence of Ebola antibodies in the population, we also sampled 188 individuals from 92 households in a non­affected area with a similar demographic background. We tested the sera collected for anti-Ebola IgG and IgM antibodies at 4 different dilutions. We then developed a mixture model to estimate the likely number of asymptomatic patients who developed IgM and IgG responses to Ebola antigens in both groups. We derived positivity using the difference method for the 4 dilutions (1/200, 1/400, 1/800 and 1/1600) and for the two antibodies measured.

Conclusion. While we detected an association between high titres and age, we did not detect any evidence of increased asymptomatic infection in the individuals who resided in the same household as cases. 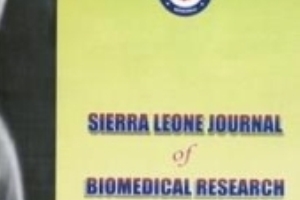